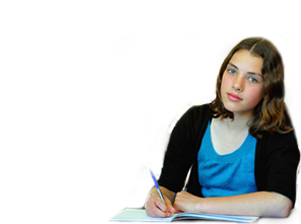 You are here:
Home | Our School
| School History

Ridgway School opened its gates in February 1929 with 87 pupils. During the next 50 years its roll increased to 201. Using the school’s logbook as his main resource, H D Graham has chronicled these years in a book entitled Ridgway School – the Golden Years. This intriguing account records how successive head teachers negotiated with the Education bureaucracy to improve the facilities at the school; classrooms, a library, an assembly area, playing fields and even a swimming pool became part of the infrastructure. In the 1940s technology was introduced – first a telephone (party line), then a radio and finally a movie projector.

Times were challenging – infantile paralysis (poliomyelitis) epidemics closed the school on three occasions (1925, 1936 and 1947); 40 past students, three of whom died, served in World War II, and a depression took its toll.

Read on! What effect did the Wahine storm have on the school? What rations were bought for war emergency precautions? How have costs escalated? What advice did the Department of Education have when the school asked for a new flagpole? What has stayed the same? What has changed? Go to [link to PDF] where the full text is included.

In the year 2004, Ridgway School celebrated its 75th anniversary. Much changed during those years – the buildings, the ethnic mix, education philosophies, behaviour modification strategies, the curriculum and administrative and governing bodies. Children have always been children – full of fun, enthusiastic about physical activities and keen to learn if well taught and inspired. Parents have always wanted the best for their offspring.

The Then and Now booklet takes us on a journey from the school’s inception through to 2004. It explores the evolution of the various facets of the school with many quotations from students to paint the history. Most adults will see their own education mirrored in the pages.

Enjoy the trip into nostalgia. Go to [link to PDF] where the full text is included.